Today is a day of highs and lows. Yesterday I said goodbye to a good friend at his memorial service, three years ago today my step-dad, who was every bit a father to me, passed away, and today is the birthday of my absolutely wonderful mother-in-law. Oh, and I’m sick, which just amplifies the whole mixed-feeling thing.

I’m not someone who shies away from hard times or lets sad things overshadow happy ones, so I’m content to have a day of celebrating the birth of one of my favorite people and acknowledging the passing of two of my other favorite people. Sure, I’m feeling a little muddled, with phone calls on my to-do list, one to my mom, to see how she’s faring on this sad day, and one to my mom-in-law, to see how she’s celebrating her happy day.

Yesterday at Ben’s service, I saw a lot of old friends, some people I haven’t seen for ten years, a couple I haven’t seen for twenty, and one little girl that I watched come into the world eleven years ago, held when she was mere minutes old, and who is now 11 and taller than me. Time passes quickly, and it can be hard to keep up with all of the people you know and love and once were so close to but have since drifted away from.

If nothing else, this day of ups and downs serves as a good reminder to tell all of your loved ones that you love them on a regular basis, to let go of all the little stuff that gets in the way of appreciating the people around you, and to give yourself permission to be happy, wistful, and even sad, all at once. 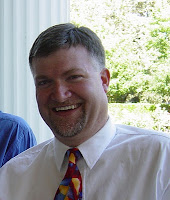 I’ve been wondering what the fives will bring, now that String Bean has been five for a few weeks. Last night I discovered one new aspect of String Bean’s ever-developing personality: compassion.

Yesterday a very dear friend of mine passed away. Ben was 43 years old, a kid at heart, and had been my friend for 23 years. We worked together when I was in high school, dated for a while, and were close friends from the moment we met all those years ago. His death was sudden and without warning, and left everyone who knew him in a state of shock. My sister called me with the news, during the girls’ naps, and at first it didn’t hit me. Because it simply couldn’t be true. But as the night wore on, and friends called and sent messages, and a memorial of sorts sprung up on his Facebook page, it sunk in that he’s really gone. It was a long hard night, full of tears. The girls were in bed, hubby had been gone for almost two weeks, one continent and one ocean away and not due home for several days. I spent most of my evening crying alone on the couch, finally free to do so.

String Bean kept calling me into her room, for this and that: she was too hot, too cold, had to pee, needed a sip of water. They were all the tell-tale stalling tactics of a kid who doesn’t want to go to bed, and I get that, but last night I just wasn’t up to playing her little stay-up-late games. So, I told her that a good friend of mine had died, and that I was very sad, and needed some “grown up time” to deal with it, and asked if she could be a big girl and lie quietly in bed until she fell asleep. She wrapped her long skinny arms around me and stroked my hair while I cried. She asked me a lot of questions about him: where he died (walking from his car to the doctor’s office), what happened (he collapsed, and died, and we don’t know why yet), and if the doctor can make him better, or if he’s gone forever. She was very matter-of-fact about it all, hugging me while I cried, and said “I know, he was your friend, and you miss him.”

She wanted to talk a little bit about all the times he’s been to our house, for her birthday and Peanut’s and every other party we ever threw, and discuss the shirts he always wore (aloha shirts were his favorite), and just remember him for a few minutes together. Then she settled back in bed and promised to sleep, and I went downstairs to continue my grieving. The funny thing is, it really helped, talking to her. Remembering him with her was exactly what I needed in that moment, to break through all of the sadness and just be grateful for having had him in my life. I’m equally grateful for having her in my life, and for the compassionate little girl she’s become.
Posted by Unknown at 3:07 PM 3 comments:

It’s official, String Bean is registered for kindergarten next fall. The registration date snuck up on me. It seems a bit early, almost seven months before she’ll start school, to be filling out all of those forms and waiting in line to have them approved, but I got it done. Which doesn’t mean that I’m actually ready. Preschool is one thing. She is with 2-5 year olds, and while there is a lot of learning going on at her preschool, there’s also a lot of play and there are teachers happy to give the little tots hugs whenever they need one. In elementary school, she’ll be the youngest in a school of K-5th graders, not the oldest like she is now in preschool. I’m sure she’ll do fine once she gets used to the routine and starts making friends, but it still seems like too much, too soon for me. I’m not quite ready for my baby to be such a big girl.

As for String Bean herself, she knows she’s going to kindergarten in the fall, will have a new teacher in a new school with new friends all around, and even though she’s prone to being oversensitive and nervous about new things, she’s totally fine with it. She’s told me she needs a princess lunch box, and then she’ll be ready to go. I know, I know. It’s called growing up. I’m not sure why 5 seems so much more grown-up than 4 did, but it does feel different. The final traces of chubby toddler cheeks are gone, she knows how to do everything herself now, and even though she’s a super clingy kid, she really doesn’t need me the same way she used to. All of which I’ve been waiting patiently for over the past five years. But now that it’s here, can we just slow it down a little?
Posted by Unknown at 9:23 AM No comments:

The threes are the age of “why?” We’ve been through this once, with String Bean, who has wanted to know everything about everything since she started talking at 9 months old. By 11 months one of her favorite things to say was “Where did it go?” Even when she was the one who hid the object just to give her a reason to ask her favorite question. So, we’ve been dealing with endless questions for a while now. Peanut has just hit the “why?” phase full-force, but because she’s a girl who knows her own mind and doesn’t like to do anything the conventional way, her question is always “how come?”

If I tell her it’s time for bed, she immediately asks “how come?” and asks that to every portion of whatever answer I give her (“Because you need sleep.” “How come?” “Because you’ll be tired without it.” “How come?”). With String Bean, to stop the flow of the endless “whys,” I would start asking either “why do you think?” or “why not?” in response, which would actually get her thinking up her own answers on occasion. I’m not sure how to do this with “how come?” “How come not?” just isn’t right. I hate to use the “because” response, for all of its emptiness and annoyance, and also because it just leads to more questions.

It’s not that I don’t appreciate an inquisitive mind. It’s just that, once in a while, I wish she’d be satisfied with only one or two answers instead of ten.
Posted by Unknown at 10:00 AM No comments: